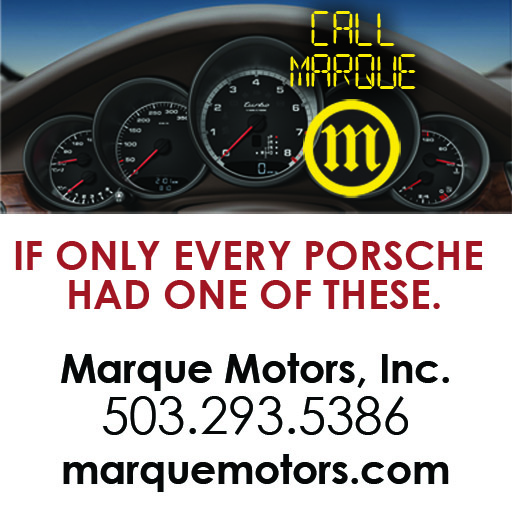 Porsche has no equal, and since 1960, the Oregon Region Porsche Club of America has catered to the particular needs and interests of the Porsche owner. Our main vision is to heighten the Porsche owning and driving experiences, which we accomplish by striving for these objectives:

Our club is dedicated to serving its members.

Our club offers a wide range of activities for our members:

Bill Scholar’s first Porsche was a 1953 356 Coupe. Partly out of frustration at having no organization to turn to with questions about the car, he invited a small group or Porsche owners to his home on February 5, 1955. They made plans to get together from time to time throughout the remainder of that year to do what Porsche pushers do best- talk about, look at, work on, drive, etc.- their cars. They finally decided to form a club in September, 1955, and the first official meeting of the Porsche Club of America was held at Blackie’s Grill in Alexandria, Virginia. Bill Scholar was elected as its first President by the 12 individuals in attendance. The original 12 became 64, and also became the Potomac Region. As membership grew, new regions began forming all across the United States. The annual PCA meetings, “known as a Parade”, are hosted by a different region each year. The Oregon Region hosted Parades in 1980 and 1995 and 2006.

The Oregon Region Porsche Club of America (ORPCA) was born as a result of splitting off from what was then known as the Washington Region (now known as the Pacific Northwest Region). On July 24, 1960, the Oregon Region’s first meeting was held at the Lake Grove home of Mr. and Mrs. Dolph Trachi. There were 32 members. The first organized event was a Concours d’Elegance held on September 25, 1960. September also marked the first appearance of the Anzeiger, the Region’s newsletter.

The Oregon Region celebrated its 50th Anniversary in September 2010. Our 60th Anniversary was going to be celebrated in 2020, but this celebration had to be cancelled and now will happen in 2021. As of the end of 2020 we have over 1000 members and co-members and a wide variety of 80+ events per year designed to appeal to a very diverse membership. One thing has remained constant, “enthusiasm for the marque and pride in the enthusiasts themselves”. In 2018, a committee consisting of President, Larry Hannan, Past President, Kathleen Ellis and Secretary, Peg Ryan reviewed the current document and provided a number of updates:

This document was finalized and communicated to members in November, 2018 and finalized on December 5, 2018.